This morning’s Bureau of Labor Statistics report on February’s job creation blew the doors off the forecast. Employers created 313,000 jobs in February, at least 100,000 more than expected. It’s a reflection of small business confidence in the economy and a reaction to the lower business taxes. Here in Pittsburgh, construction keeps getting a boost from the rapid growth in tech jobs. 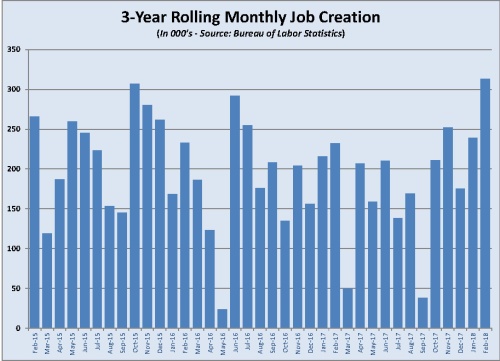 Rycon Construction was awarded the $7.9 million fit-out for Argo AI, one of Uber’s competitors in the autonomous vehicle game, which is going into 3 Crossings. Dick Building Co. got a contract for about $1 million in renovations for a company called Robotany at the M. Berger Industrial Park in South Side. Robotany grows greens hydroponically and is expanding to put robotics to work planting, feeding and harvesting. Turner is reported to have the $120 million Pitt/UPMC Immune Transplant and Therapy Center, the conversion of the former Ford Building in Shadyside.

In more conventional construction news, Franjo Construction was awarded the $7 million A & L Motors BMW dealership in Monroeville. A permit was issued in McCandless to A. Martini & Co. for a $32 million McCandless Senior Living, being developed by CA Ventures at McCandless Crossing. Burns & Scalo Real Estate has its 150,000 sq. ft. , $34 million Riviera Office Building out to subcontractors for bid. And the $700 million UPMC Heart and Transplant Hospital at Presbyterian is going out for CM proposals (along with the UPMC Hillman Cancer Hospital) to four teams: Clark Construction/Dick Building Co., Massaro/AECOM, PJ Dick/Whiting Turner and Rycon/Skanska.

In the Spring edition of DevelopingPittsburgh, there was an error in the feature article, p. 14. The quote from Mike Coonley should read, “When we have the opportunity we will still put our hat in the ring. We don’t have a lot of available buildings or but we do have lots of sites.” Armstrong County EDC has 20- and 12-acre pads along with several other smaller lots at the 925-acre Northpointe business park. West Hills Industrial Park, at the intersection of SR28 and 422, has 185 acres with multiple sites available.

This entry was posted in Construction news, National Economy. Bookmark the permalink.